Anna Kendrick’s new film “Into the Woods” is packed with almost as many Hollywood superstars as Andy’s latest book! Thus, Andy has Anna spill the tea on everything that went down on set during production.

Honestly, we thought Meryl [Streep] would have been a little more Meryl, too.
Anna Kendrick appeared on Watch What Happens Live, and the Into the Woods star had to jump right into dishing all about her co-stars in a game of “Cinder-Tell-A.” Andy Cohen dove right into the tough questions, and asked Kendrick, who plays Cinderella in the film, how Meryl is Meryl?
“On a scale of one to Meryl, Meryl being Meryl, how Meryl was she?” Cohen asked.
Kendrick’s response is more surprising that we would have thought!

“She’s not that Meryl!” she confesses. “You think she’s going to be cold and regal like you have to talk to her about very serious things, but she just wants to have a beer and talk about the MTV Movie Awards.”
“She’s just kind of a bro,” she added. “Not super Meryl.”
Consider our jaws dropped.
The WWHL host also bombarded the Pitch Perfect actress about kissing Chris Pine, Johnny Depp’s eating habits and even what it was like when Jake Gyllenhaal dropped out of the movie. In case you’re wondering (you totally were) Kendrick says that Pine’s butt can only be described as “taut and covered in pale blue velvet.” Swoon.

The Up in the Air actress also admitted to being the “most pissed” when Gyllenhaal ditched the project in favor of Nightcrawler because she didn’t know anybody else on set, and she had previously worked with him on End of Watch.
“It was a really intimidating cast and it was like, ‘I’m going to be all alone. I’m going to be Sally No Friends!'”
So, who turned out to be her best friend on set? Watch the video above to find out who “appreciates a fart joke” and ultimately became Kendrick’s BFF! 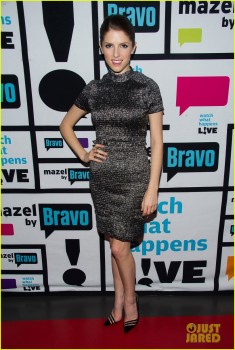 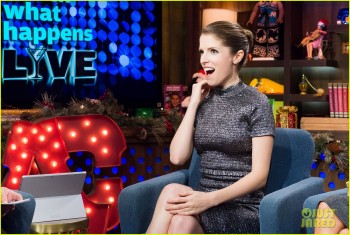 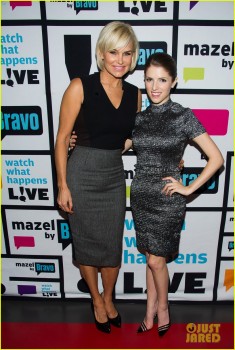 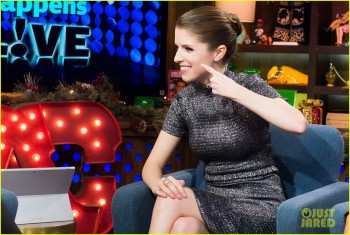 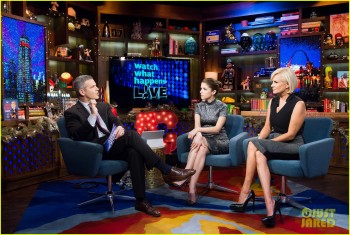 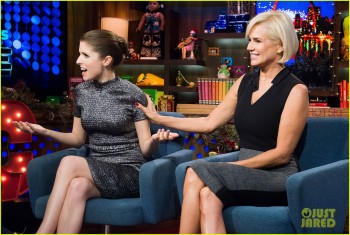 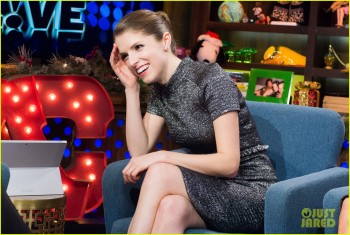 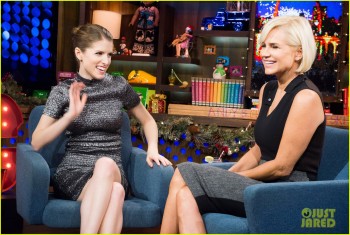 Tags: Anna Kendrick, Into the Woods, Watch What Happens